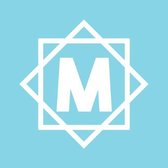 Here is your weekly re-cap of this week's #MuslimNews. 🚨 Spoiler Alert: It's a whole lotta' Islamopho